Collective Creativity
May 1st – July 17th, 2005
A cooperation between Kunsthalle Fridericianum, Kassel and Siemens Arts Program, Munich. Curated by What, How & for Whom / WHW.

On the 1st of May 2005 opens the exhibition Collective Creativity in the Kunsthalle Fridericianum in Kassel. Until the 17th of July it will present the works of more than 40 international artist groups – mostly from Eastern Europe, Latin America, Russia and the USA.
Collective Creativity deals with different forms of collective artistic creativity, whose protagonists share common programs, ways of life, methodologies or political standpoints. The exhibition is focused on specific kinds of social tensions that serve as a common axis around which various group activities are being organized. It is interested in the different emancipatory aspects of collective work where collaborative creativity is not only a form of resisting the dominant art system and capitalist call for specialization, but also a productive and performative criticism of social institutions and politics.

By moving away from visions of the collective understood as a homogenous, unified body in which singularities are irrevocably drawn into an anonymous mass, collective creativity is inscribed in a field of exciting, creative interactions and multidirectional and unpredictable group dynamics. Through collective and group ways of operating and their relating to each other and toward the world at large, a complex terrain is being shaped in which projects of concrete social transformations are fused with ideas of radical individuation. These overlappings and intersections are exactly what makes the unique spaces of collectivism so attractive – it seems that onlywithin them we can imagine the realization of our potentialities. Formed in the background of accomplishing tasks which are not possible to accomplish individually, experiences of collectivity are imposed as crucial transformational forces of individuals and society. 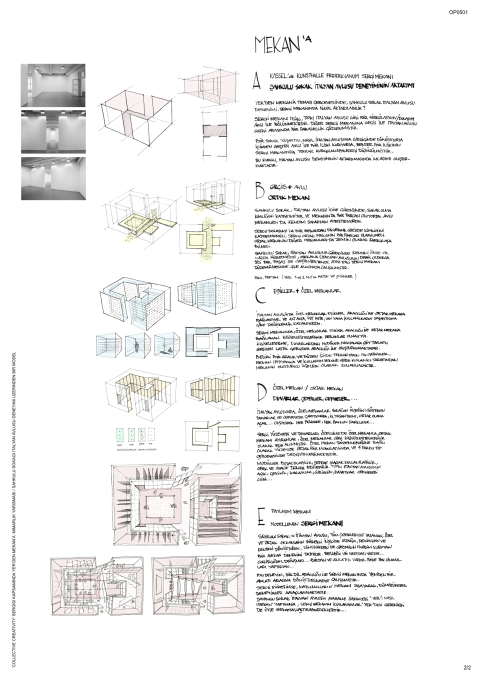